The vault gallery is one of the strangest of the UCLA Hammer galleries. Originally built to house da Vinci’s Codex Leicester, it’s a quirky space, a single rectangle room that bends into a cemicircle at its end, capped with a curved ceiling (thus, the “vault gallery”).

The Codex was sold in 1994, but the vault gallery remains a key part of the Hammer. Most recently, it has been a site for Hammer Projects, a program that aims to exhibit up-and-coming artists, young artists, and artists who have never had shows in Los Angeles before. In the previous exhibition cycle, it was home to a beautiful, dark installation by Kevin Beasley. Now it houses a series of collaborative collage-drawings by Oliver Payne and Keiichi Tanaami. Being an enthusiastic consumer of Japanese pop culture and videogames myself, the artworks immediately drew my attention. 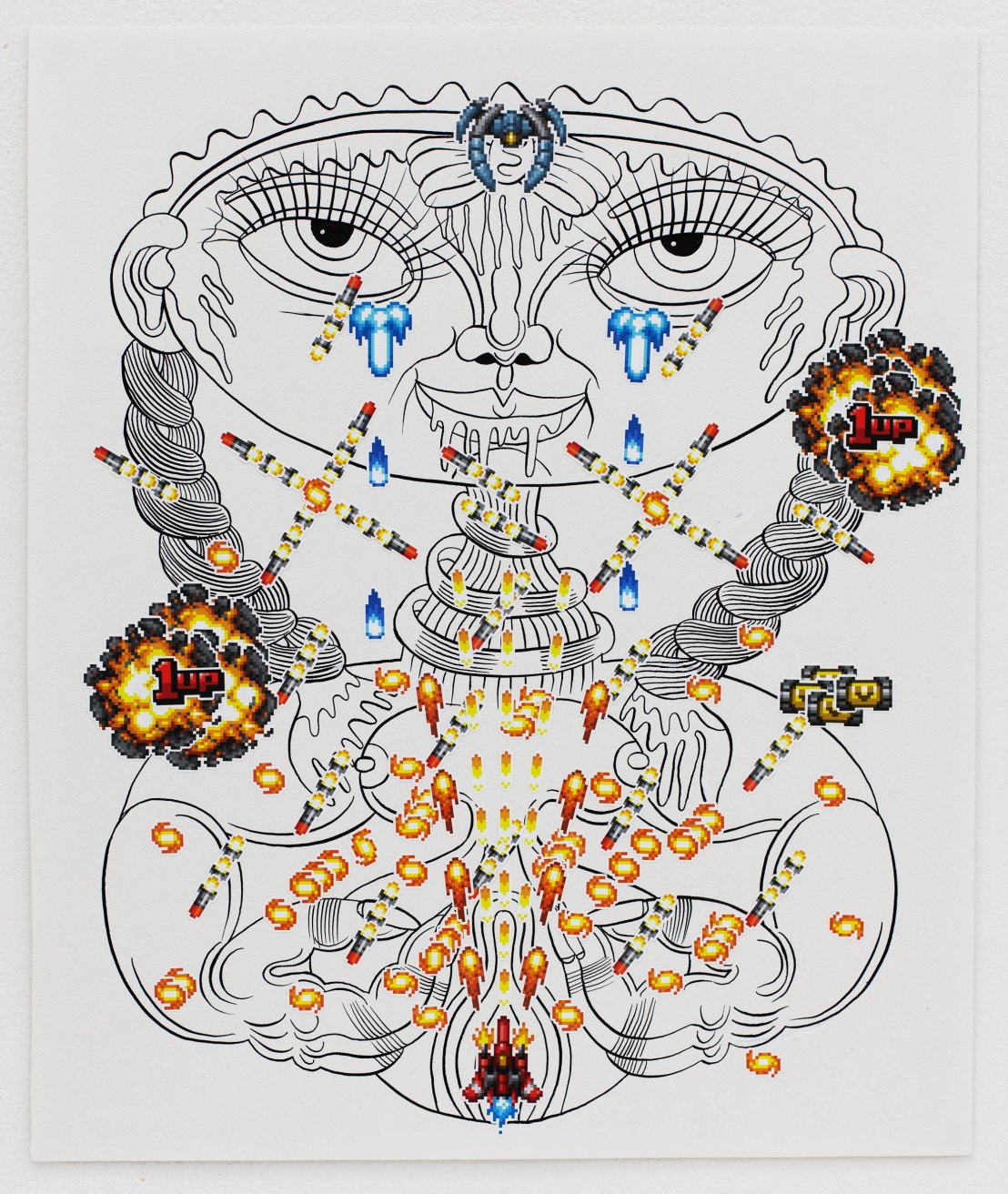 The works themselves consist of ink drawings with stickers affixed to them. Tanaami created the line drawings, and gave them to Payne, who meticulously applied pixel art stickers to them.

For those unfamiliar with this bit of gaming terminology, pixel art refers to a visual style that was created as a way of working with the limited hardware and limited resolution available for early video games. Pixel art is characterized by rectangular, blocky figures (with individual pixels visible), and often includes bright, bold color palettes intended to draw a viewer’s attention. Within pixel art, there are units called “sprites”, which are individual “characters”, such as the individual fireballs, laser beams, explosions, space ships, and the fighter jet that rests at the base of the collage.

In my research into Payne’s work, I was able to turn up some information on the game that served as the source of these sprites. The game’s title is Hyper V-Battle, or V no Tatakai in its original Japanese. The game is something known as a “bullet hell”, a subgenre that takes shooting games (think Space Invaders), and ramps up their difficulty and intensity by bombarding the player with hundreds of missiles, lasers, and other projectiles, or “bullets”. The results are often visually mesmerizing. 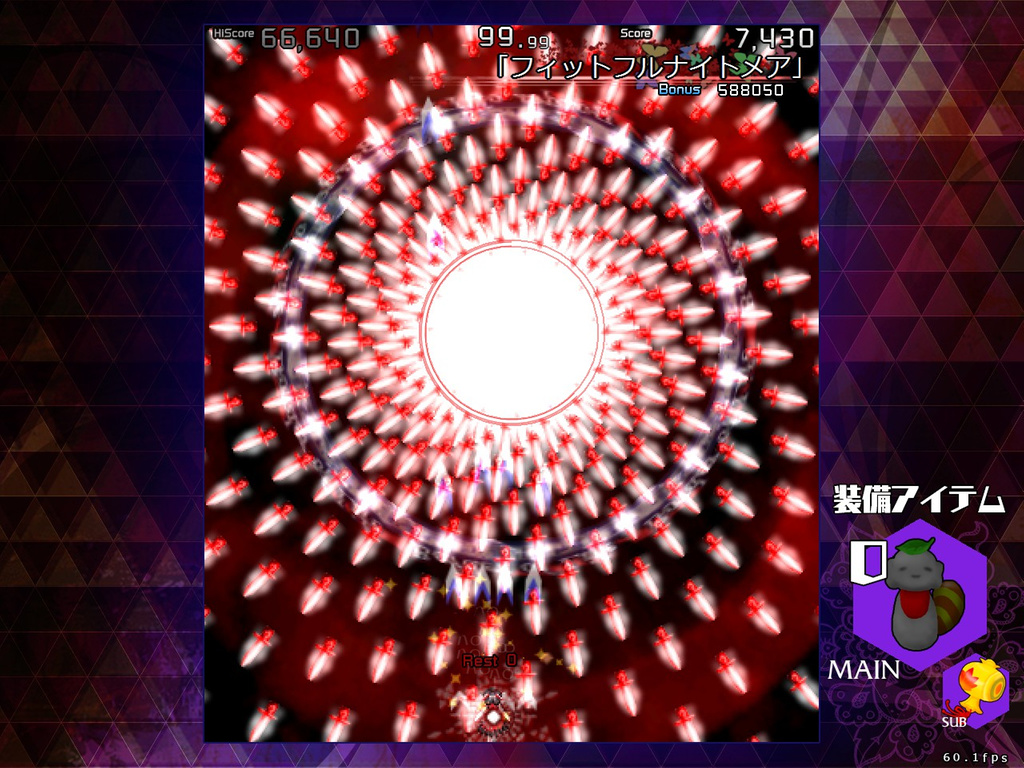 Payne’s application of stickers to Tanaami’s drawings are clearly inspired by the dense, bright spectacle intrinsic to the genre. He describes himself as an avid gamer, a fanboy both of bullet hell games and of Tanaami’s work. As with other (self-)identified “fanboys”, Payne tries to capture the most exciting aspects of the work that inspires him- the collages vibrate with frenetic, anxious energy. The missiles, the lasers seem not to be frozen, but simply to have been noticed mid-flight, and the ship that inevitably rests at the bottom of the image- the player character- seems eternally on the verge of dodging the onslaught or falling prey to it. Payne gleefully embraces games, revels in the type of fascination they inspire.

However, the seemingly casual, playful qualities of the work also serve as an easing mechanism that allows it to handle subjects that are more delicate, more dangerous- more traumatic.

To be continued in Part II

This is a text widget, which allows you to add text or HTML to your sidebar. You can use them to display text, links, images, HTML, or a combination of these. Edit them in the Widget section of the Customizer.